I tell you. Japan has some truly iconic films. The story of Sadako and her mother is equal parts heartbreaking and horrifying. It’s not just the sense of betrayal from your fellow man. It’s the idea that your descendants will have to suffer for it. That damn video… just…. Whoever thought that mess up was truly a brand-new level of twisted in the head. The imagery itself is enough to scare you, but it’s the use of silence that really pushed this one over the edge and made it one of my all-time favorite Japanese horrors films.

This was one of the first horror films my father ever showed me, and it’s another that makes me absolutely scared that I’m a woman. Sometimes the world is just unfair to girls, ya know? And with Michael Myers’s misguided vendetta against all teenage girls, acting out his anger as Shatner-masked version of Jack the Ripper, it’s tougher to find a sense of safety even in your own home. I can honestly say that every time I watch this movie, I scream at the screen for Jamie Lee to get the hell up and out of the house. To later find out John Carpenter and his crew made this film almost out of thin air–their budget was so small everything was basically rigged and hustled to make this film–makes this film even more brilliant, especially considering just how damn good everything from the costuming to the lighting was. 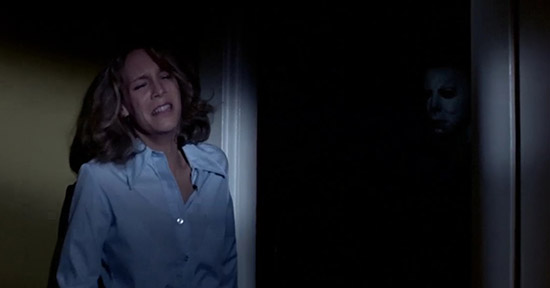 This is another in the handful of zombie films that I’ve seen that actually freaked me out beyond belief. Mostly the idea of waking up naked and completely alone in your home town just to stumble across a brood of the undead is a little more than unsettling. Then to discover these creatures are all equipped with the speed and stamina of Olympic runners…. It’s enough to make you question if you could actually survive. The shooting style added to the hysteria and the ever-present feeling of danger.

22. The Serpent and the Rainbow

Y’all! If you don’t know what voodoo really is, then don’t mess with it. Period. Certain people really do have a penchant for getting involved in things they very well have no business getting involved in. Bill Pullman made the mistake of being one of these people who couldn’t leave well enough alone, and boy did he suffer the ultimate consequences for it. In a way, it almost seems like divine retribution for Haiti, when the ending finally happens. That’s not to suggest there isn’t some real corruption. Of course there is. But the way everything unfolds with chilling realism and the actual care taken to portray the power of the native people both terrified me and filled me with sense of satisfaction.

Dario Argento is truly one of the most brilliant artists in film. His work in horror is even greater testament to that notion. The way he manages to make color a character in his films, how even the smallest moments can tell the story better than the over-the-top grotesqueries put on screen…. The man knew how to make a film, I’ll tell you what! It was more than just beautiful scenery and beautiful people. He made his films living art. Suspiria was gruesome, violent, and truly horrifying. But even in all that death and violence, there was something truly gorgeous. (The very first death scene was almost a ballet it was so elegantly done.) Gives credence to the idea that death can be beautiful.