Again, Hitchcock makes the list. This was the first of his films that I’d ever seen, and it pretty much informed everything I’d watch from him from that moment on. Sheer and utter madness is the name of the game here, and Anthony Perkins as Norman Bates does a masterful job of creating one of the most chilling bogeymen in film history. For such a simple title, the film and the character it references are incredibly complex. The ending twist speaks to the absolute story telling genius of Alfred Hitchcock and his ability to drag out some truly stellar performances from his cast.

Okay I’ll admit the first time I saw this I didn’t like it. I never did see the American adaptation because at this point in my Japanese horror watching I knew there was no point; I’d be disappointed and possibly really angry. However, revisiting the film some ten years after the first viewing changed my perspective on the film entirely. This was one of those times that my watching it in a Starbucks diminished the experience, so when I watched it again in my own home I finally understood what was so damn terrifying about it. And really it can all be put down that. damn. SOUND! When director Shimizu Takashi said he was trying to portray the act of screaming when one’s windpipe is broken, I actually was so disturbed I couldn’t shut the sound off in my head. Ju-on is classic Japanese horror, subtle yet effective, and the use of sound is just astonishing. I’m glad I gave this a second chance. 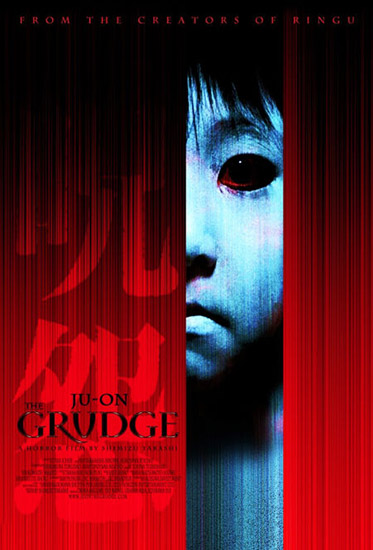 This is another one of those films I must’ve been out of mind to watch alone in my house. The Changling has officially warned me off ever purchasing a big house, especially if I’m going to have to occupy that space alone. Houses, especially old ones, make sounds: moans, creaks, etc. I’ve heard many people say a house has its own soul. Well that never rang truer than in this film. When you’re still dealing with the loss of your child, and the house itself carries the memory of another child’s death, there’s no way you won’t find yourself chilled to your very soul from the moment you step passed the threshold.

Two words: Chest Burster. The pivotal scene in which we encounter our intergalactic beast for the first time was so brilliantly done I had chills. You see a man writhing on a table at dinner. You have no idea what’s happening. All you know is one minute he was fine and laughing, the next he was making the most disturbing sounds of pain. Then a phallic insect monster pops out of his chest. That’s not even a spoiler, because the film just gets more terrifying after that point… because the thing runs off and you’re left trying to find out what (and where) it is. Though the Face Hugger is definitely the epitome of fear for me, the not knowing is what sealed the deal. Add to that the absolutely astonishing artwork of H. R. Giger, and Alien is a bona fide cinematic marvel.

I took one thing away from this film: White people be crazy! Every single aspect of this film was both terrifying and disturbing. There wasn’t a moment I didn’t feel personally attacked, and the images themselves were enough to keep my face in a constant state of “WTF?!” throughout. There’s much debate about what exactly this film was in the scope of horror. As far as I’m concerned, as much a gorefest and violent free-for-all as it was, it was a marvel of creativity and depravity, a mixture that’s as dangerous as the results of it are fascinating. I tell you one thing. I won’t ever be going on a field trip through a mostly deserted town, that’s for damn sure.