Though I’d watched a bit of anime before this, AKIRA was a defining moment in my development. It’s probably one of the most gorgeous anime I’ve ever watched, never mind the actual art style. It both frightened and fascinated me to the point that I sought out more just like it. And while nothing ever quite came close, I was forever lost to the power and brilliance of Japanese animation. There’s nothing I could say that would properly capture just how astonishing this movie is. You simply must watch it for yourself if you haven’t already.

Of course, we go from one hyperstylized film to another. The Cabinet of Dr. Caligari is probably the most frightening silent film I’ve ever seen. The shape and slant of the film really imprinted on my mind. All the hard angles, sharp and painful just to walk in. All the buildings literally leaned in to the point where I felt claustrophobic just watching it. All this to illustrate the fantastically freakish things that spill forth from this cabinet of terrors.

I’m just going to get right into it with this one.

What makes this film so utterly frightening is the fact that in the end the killer is never actually caught! And that thought stayed with me for about a week after I watched this movie. Never mind the gruesome way all of his victims were butchered, or the fact that the maniac was clinically insane. I’m a female that lives mostly alone. The idea that someone could just for shits and giggles look up your address and follow you home because he’s got a serious God complex when it comes to women rings a little too true. It may seem an exaggeration, but we see it on the news more and more every day: a woman rejects a man and ends up brutalized. What this film painted in 1980 is a reality for women 36 years later.

And we get to probably the most disturbing animated film I think I’ve ever seen. If not the most, it’s definitely right up there. Watership Down was the first from the studio who brought us my #77 Frightening Film, The Plague Dogs, and this film just took the cake. Who would’ve thought a movie about bunny rabbits would actually induce so much terror? It’s a complex film about survival and the right to live for one’s self without fear of being killed for it. There’s slaughter, carnage, even hints at pimping out the female bunnies to the higher-ups in the clowder. Damn.

Ultimately bot of these films were about survival, about what one would do to gain and keep their freedom: run, fight, kill. Along with The Plague Dogs, Martin Rosen and his team of storytellers truly brought the harrowing truth about the grisly realities that we close our eyes to.

David Lynch is a mad genius. A mad, disgusting, horrible genius. Eraserhead worked on so many levels as a story, and the imagery involved was so disturbing one couldn’t help but be entranced from start to finish. The feeling of being locked into a situation you can’t get out of and the toll it takes on your psyche is portrayed in vivid and grisly detail in this film. I was astonished with just how intense this movie was and still have flickers of some of the scenes in my head when I close my eyes to sleep at night. 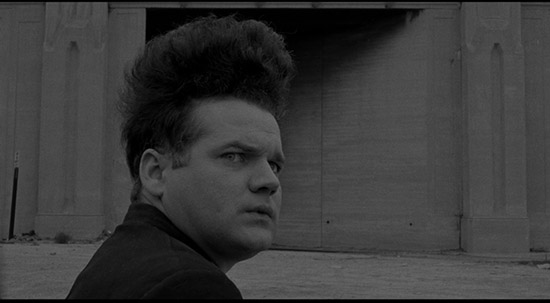