Analyzing the Women of Oz

I have willingly paid to watch a 3D Latino dub version of Oz: The Great and Powerful. What possessed me? I have no idea. I think I just wanted to try out the new theater that’s opened like… a step away from where I live. I had been largely ignoring publicity for a LOT of films, so other than knowing James Franco would be in it and that Michelle Williams was obviously gonna be Glinda, I really had no freaking idea that Mila Kunis was playing the Wicked Witch. I didn’t even think about the Wicked Witch being in the movie. That’s how clueless I was.

Though the 3D was average, except in the opening credits and some of the off-screen 3D effects in the black and white scenes, eye-candy was welcomed in the form of gorgeous shots like this: 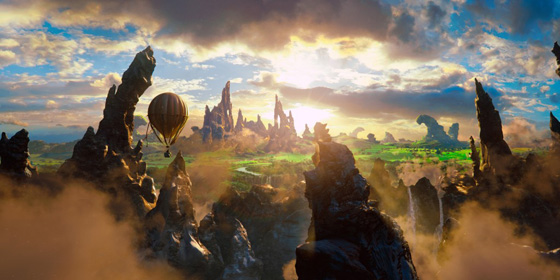 Of course, it was a nice nudge at The Wizard of Oz to see 1905 Kansas in such format, to then been given the wonders of Oz in glorious anamorphic high definition. I don’t think the reveal was as awe-inspiring as the 1939 version, when, you know, Dorothy opens the door, and oh my! The colors! My grown-up brain which has grown surrounded by colors on screen didn’t allow itself to be amazed the way it was when watching the scene in the 1939 version. However, even I have to admit that the 1939 version of Oz and Emerald City aren’t as stunning as the visual effects allow these things to be nowadays. 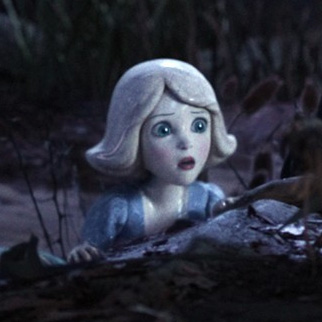 that China Girl was AMAZING!

But technology and visual artists aside, there were other details that had me and my mother discussing it. Besides the fact that she told me she almost fell asleep (not because the movie was boring, but because the air conditioning made it the perfect spot for napping on a spring-but-still-hot afternoon). Politics of Oz (oppressor to be taken down by a fool who will serve as image) and Technology/Magic battles (Technology won!? YAY?) aside, we discussed Women. Fresh off International Women’s Day [1].