This year has been the year I’ve watched the most films in a year EVER — or at least since I’ve been keeping track. I usually set a personal 48 film mark to make sure I watch, at least, a movie a week. This 2013, however, I passed my 100th last week and there’s a chance I could reach 120 (my current count is 107).

Now, this is all numbers. I have to admit that I haven’t had any strong feelings over any particular movie so far. Maybe it’s been due to personal problems, or all the really awesome movies are gonna show up on the last week of December because everyone’s hungry for award season.

What Is This Race/Culture Mumbo Jumbo?
I haven’t watched it [1], yet. Top-suspect: 47 Ronin

Though The Lone Ranger seemed to be the biggest offender this year.

I Did Not Expect That Moment

The first sex scene in La Vie d’Adele that for some reason seemed never-ending. I’ve timed it; it didn’t last 12 or 9 minutes like some had said, but it was a good 7 minutes. I can’t imagine seeing that at a theater and not feel somewhat uncomfortable.

Gisela Ponce de León and Ana Cecilia Natteri as Cachín’s mom in Asu Mare, and Ryu Seung-Ryong as Yong-Goo in Miracle in Cell No. 7.

Oh No She Didn’t Moment

The moment Fan Xu’s character in Saving General Yang sends all her sons to rescue her husband. I’m gonna send all my sons in the most dangerous mission where they can die for certain to save the man I married.

Runner-up: scissoring on La Vie d’Adele, but that’s a repeat and where’s the fun in that?

Anything that has to do with Journey to the West: Conquering the Demons

Worst Time to Get a Coughing Fit
The Flu (감기) 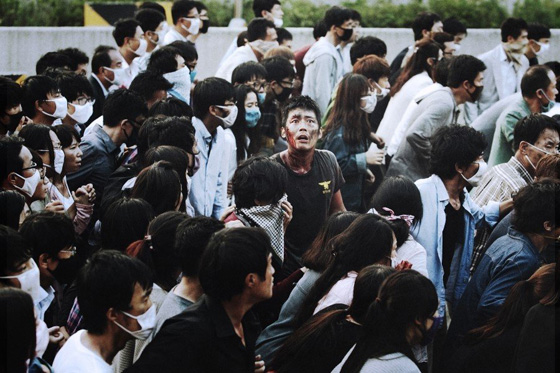 Movie that Everyone Hated But I Didn’t Mind
Gippi

I never expected to laugh this much with something that looks like this:

I gotta admit, I had to work extra hard to make the categories fit with the films this year. That’s exactly how lukewarm I am with most of the things I’ve watched this year.