Back in 2008, Amazon — somehow — announced that their MP3 section was going international [1]. It’s been over 5 years now, and I haven’t bought a single MP3 from them. On the contrary, iTunes’ business has expanded its international branches… and now, at least 20% of my music purchases are coming from them. 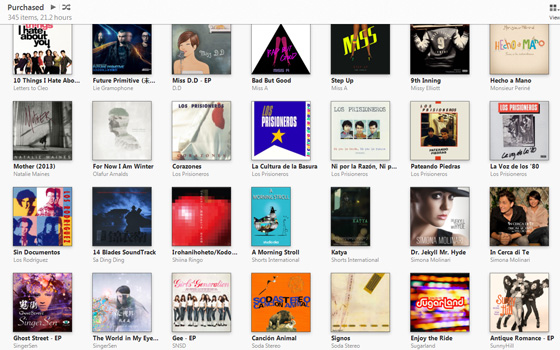 The rest is divided between 31% in Xiami purchases (of mostly China/Taiwan musicians, as they are better organized), and the 49% between physical albums and other alternate sources for MP3s (like direct downloads, Bandcamp, Soundcloud or CDBaby).

The area for film and short film streaming (as well as television, I guess) remains one big gray area, as nothing is really available outside the random film available on MUBI, and maybe iTunes, which does offer films and has expanded its film catalog in my store (it now holds like 5 Asian films!). Besides trying it out for film downloads for WALL*E as a test from the code that came with my physical purchase, I have only bought like… 4 other short films (between animated and live-action), but I’m not big on the service. Though, at $2.99USD for a HD short, it totally beats Amazon’s Instant Video offer of $9.99 for THE SAME short. 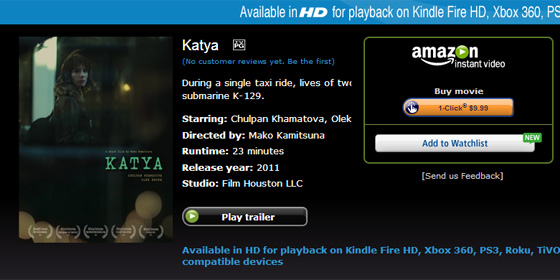 Dear Amazon, you got me a little frustrated there.

Not only because of the price, of course. That, I could maybe deal with because I’m in a blind fandom love search for any film or short that Chulpan Khamatova has been involved. I’ve even turned to totally not-subtitled media (in which case, I have to Google-translate synopsis to -at least- know what I’m going to be dealing with). I’ve often overpaid for imported goods (*coughJapanesecough*).

But, Amazon, why do you go on and show me the “Play Trailer” option that’s so readily available without any region restriction alongside a very tentative “1-Click buy” button, prompting a request for my password, if you’re going to give me the “sorry, we can’t continue because of your geo location.”

I was very close to desperate measures, but I eventually came to my senses and searched for my new favorite actress’ name with the “iTunes” term, and voila! C’est facile! There was a hit… but would iTunes prompt me for a store location switch upon opening? 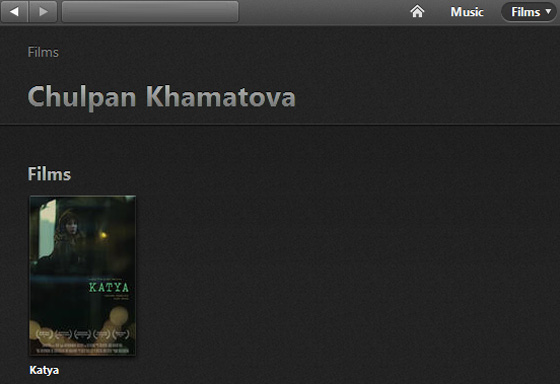 No, it didn’t! Even though my store ONLY has that one short, it is the one I had been looking for, so I’m pretty darn happy. The problem was my next frustration: the realization that iTunes had totally scrapped the Alert Me option from iTunes 11.

When iTunes 11 first rolled, I thought it was a bug… like the many that it had (and still has), but apparently it isn’t an error. The Alert Me feature, where iTunes would email you new releases available in the store, is gone. So I can’t subscribe to Khamatova’s name to find out whenever something with her name is added to the store…

It’s THEIR business, not mine! I’m already pretty updated with it anyway.

Now, would someone point me towards a store (like YesAsia) where I could buy European (this includes Scandinavian and even Russian) films (and music) that has an easy option to search for subtitled goods?