A Personal Look at the TCM Classic Film Festival 2014

Saturday was my longest day. I got in line by 8AM to see Illeana Douglas (@illeanarama) introduce I Never Sang For My Father (1970), which starred her grandfather Melvyn Douglas. Luckily, throughout the weekend there was free coffee (and cellphone charging stations! and couches!) supplied by Genworth. Those coffee people got to know me pretty well. Next I saw Hannah and Her Sisters (1986) with Kristen (again, she’d never seen it). It’s my favorite Woody Allen film and it never fails to make me cry. I followed that up with Stormy Weather (1943), which I had never seen before and loved. 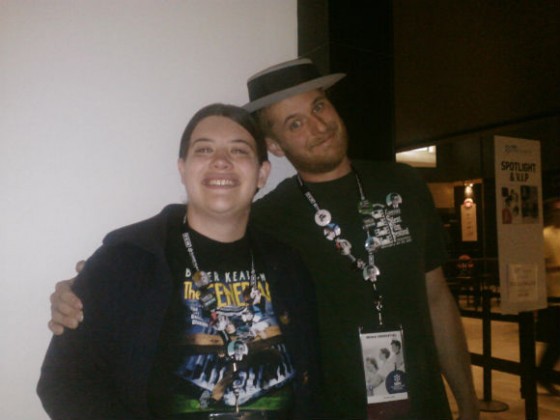 I then spent the next three shows getting in and out of the same line. I saw three in a row in the smallest theater: The Stranger’s Return (1933) – all hail Lionel Barrymore!, Hat Check Girl (1932) – everything you want from a pre-code and more!, and Her Sister’s Secret (1946) –  a film whose story was more interesting than its execution. I ended the night with a midnight screening of Tod Browning’s Freaks (1932). Sadly, as this was film #7 for the day, I may have fallen asleep a little in the middle. Lucky, I have seen it many times before.